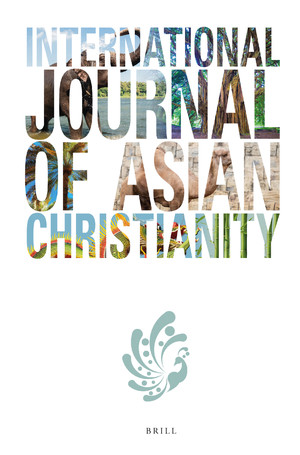 The International Journal of Asian Christianity (IJAC) is a peer-reviewed journal dedicated to the scholarly examination of Christianity in Asia and of Asian Christian diaspora in the West and elsewhere. While other major Asian religions such as Buddhism, Hinduism and Islam have received great deal of international scholarly attention, Christianity is relatively neglected as a subject of study. This journal intends to rectify this neglect by providing a multidisciplinary forum for the examination of Asian Christianity from sociological, anthropological, comparative religion, religious studies, theological, historical and similar perspectives and link such studies to emerging trends in the social sciences such as migration studies, identities, minorities, secularization, fundamentalism, development, and the political roles of religion. In the diverse and plural contexts of Asian societies and cultures, Christianity has embedded itself in complex ways giving rise to historically particular Christian communities with their own locally and regionally prolific variants of myth, tradition and culture as well as specific engagements with altering economic and political realities. This unique journal creates a space previously unavailable to examine these dense and sophisticated linkages of religion and culture both in their rich distinctiveness as well as in a cross-cultural and cross-disciplinary perspective allowing for broader generalizations and theorizations to emerge. The journal is open to scholars of all religious persuasions or none undertaking serious work on the historical, anthropological, educational, theological, cultural social and political aspects of Asian Christianity and its role in shaping both the past and present Asian societies. For more information see also the journal's website.