In The Crucible of Islam, noted historian G. W. Bowersock provides a very brief (about 32,000 words) overview of what we know about the geopolitics of the world out of which the Islamic tradition emerged. This is not a history of the emergence of the Islamic tradition itself, but as the title indicates, an attempt to understand the context that produced this tradition.
Bowersock thus provides a concise overview of the interactions occurring between the Byzantine Empire, the Persian Sassanid Empire, the Christian kingdom of Ethiopia, and Jewish communities as these interactions influenced the geopolitics of Arabia and the larger Middle East on the eve of Islam’s emergence.
Given the book’s brevity, The Crucible of Islam should not be read as a comprehensive treatment of this historical period, but rather as an attempt to look to the larger political environment of Arabia for clues to Islam’s rise.
Bowersock views the rise of Islam as something of an enigma about which the historical sources are seriously limited. Though he does not follow the more radical revisionist historiographies of Patricia Crone or Michael Cook, Bowersock nevertheless understands the critical problems attendant on simply accepting the standard Muslim confessional history. While not totally rejecting that history, he is trying to nuance it in the way similar to Fred Donner’s approach in Muhammad and the Believers (Harvard University Press, 2010).
Chapter 6, titled “Muhammad and Medina,” may contain the most noteworthy insights. Here Bowersock tries to untangle the mystery of the hijra, the emigration of Muhammad and his followers from Mecca to Yathrib (Medina) in the year 622. How is it that these immigrant Believers were able to fit in so well with a population made up of Jewish tribes allied with Arab pagan tribes? To answer this, Bowersock observes that the hijra happens to have occurred in the same year that the Byzantine emperor Heraclius launched a military assault on Persia. Is this just coincidence or is there a connection between what seem to be two unrelated events? Bowersock sees a connection. He argues that Heraclius may have made use of Byzantine clients in Medina (the Ghassanids) to influence pagan and Jewish tribes to get along with each other and the newly arrived immigrants to prevent Persia from stirring up discord in Medina as they had done earlier in Palestine. Thus, the flowering of the early Islamic community in Medina may have been fostered by the influence of Byzantine-Persian geopolitics.
Other important insights include discussion of evidence suggesting that Muslim conquests of Middle Eastern lands were mostly nonviolent, a point that has also been argued by Donner. Bowersock writes: “The landscape, both economic and physical, was barely altered in these early years of conquest. No new coinage was introduced. Churches, synagogues, and pagan shrines were left exactly as they were, together with the visible relics of their cults—mosaics, paintings, sculpture, and architecture” (118). New churches were even being built with dated mosaic floors.
This supports the view that early Muslims did not understand themselves as spreading a new religion as a replacement for Judaism, Christianity, or Zoroastrianism. Donner sees this as evidence for the “ecumenical” nature of the Believers’ movement. Given this, in his discussion of the apparent melding of Christianity and Islam in the Dome of the Rock inscriptions, it is surprising that Bowersock fails to mention the intriguing documentary evidence cited by Donner indicating the originality of a shortened form of the shahadah (There is no God but The God) that occurs on coins, inscriptions, and papyri from before the late seventh century. The full shahadah affirming the messengership of Muhammad does not appear in the documentary record until Umayyad times (when the messengership of Jesus was still being affirmed in the Dome of the Rock inscriptions!). This is just another aspect of the mystery surrounding the emergence of what became Islam as we know it.
Given the status of Bowersock as an historian of the ancient world, it is surprising that The Crucible of Islam contains one egregious historical error that should have been caught in the peer review or editorial stage. On page 142, in a discussion of the location of the Dome of the Rock, Bowersock writes, “This mount is believed to have served as the site of Solomon’s Temple, which was destroyed in 587–586 BC when the Assyrians took the Jews of Jerusalem into captivity in Babylon.” Of course, Babylon was never a part of the Assyrian Empire but of the Babylonian Empire that conquered Assyria in 612 BCE. It is the Babylonians, not the Assyrians, who took a portion of the population of Judah into exile in Babylon. This is just standard biblical history. Another small point of criticism concerns the two maps of Arabia reproduced in grayscale in the front of the book. They are virtually unreadable. While they would be helpful in locating the various regions and cities mentioned in the book, the type is so small and lacking in contrast with the background that they are really of little practical use.
Despite these issues, The Crucible of Islam provides a useful concise overview of the world into which Islam was born, and highlights some of the tantalizing questions that continue to hang over the origin of what was to become the second largest religious tradition in the world.

About the Reviewer: Robert F. Shedinger is Professor of Religion at Luther College, Decorah, Iowa (USA)
--- Date of Review: February 21, 2018

About the Author:  Glen Warren Bowersock
is professor emeritus of ancient history at the Institute for Advanced Study, Princeton.
--- via Dolmen-list, University of Marburg --- 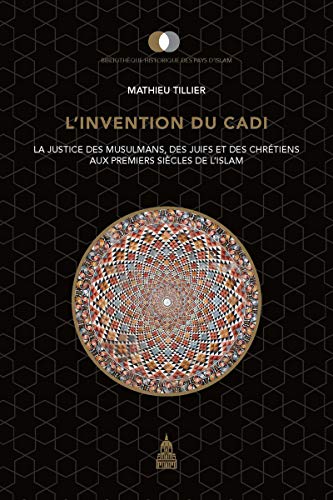